Nothing is more seductive than knowledge.

Preel has more than she ever hoped for: the love of pirate captain Kevril Longbright, a home aboard the corsair Scourge, devoted friends, and freedom from slavery. Her mystical truthsayer talent – once a curse exploited by cruel masters – is now a boon to aid the pirates’ missions. The future is bright…as long as her nature remains a secret.

But keeping a secret in the city of Haven is nigh impossible.

Jhavika Keshmir has spies everywhere, and her attention is fixed on Kevril Longbright. Possessed of an enchanted scourge and the avarice of a dragon, Jhavika intends to rule the Blood Sea someday. For that, she requires a navy, and who better to recruit a privateer armada than a pirate? But her alliance with Kevril is contentious; she resents his escape from her magical control and vows to learn how he did it.

Now, Preel is caught between the man she loves and the woman who would be queen, between love and hate, truth and lies.

Imprisoned by doubt, her reality shattered, only the truth will set her free… 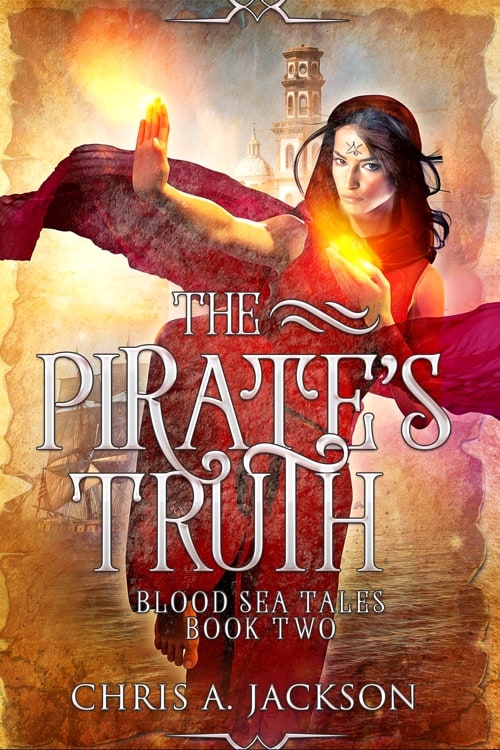 Some EPUB links may not yet be available