Nothing is darker than oblivion.

The war is on. A ragtag fleet of pirate ships, one lone necromancer, and a few dragonlords face the might of the Toki Empire.

The Blood Sea forces are vastly outnumbered in both ships and soldiers, beset by relentless sieges, and attacked by assassins on land and at sea. However, sly tactics, the revelations of a Truthsayer, and secret information from Hashi’s new ally, the spymaster Bea Galt, might just tip the balance.

The key is the God-Emperor of Toki, who wields not only the might of an empire, but the magic of a demigod. Not to mention that he sits upon the throne in his invulnerable citadel fortress. Assassinating such a being is folly, or so it seems, until a careful question to Preel reveals a chink in the god-emperor’s armor.

A vulnerability that only a necromancer can exploit.

But the weight of her sins is slowly dragging Hashi Severn toward an eternity of torment in the Nine Hells. Oblivion is her only escape…and perhaps the salvation of the Blood Sea. 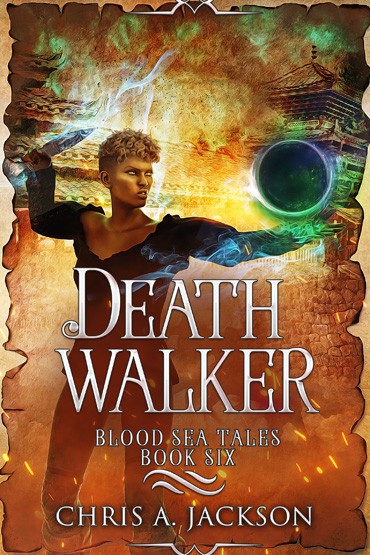