With the aftermath of Jhavika Keshmir’s attempted coup dealt with, Hashi Severn anticipates a resumption of her quiet, private life. Unfortunately, the arrival of the corsair Scourge brings dire tidings. Jhavika’s previously ensorcelled spy to the Toki court is now free to tell all, and the god-emperor deems the Blood Sea ripe for conquest. Potential war looms, and Hashi’s home is at the center of it.

Captain Kevril Longbright accepts the Haven Council’s commission as admiral of their privateer armada, and takes on the daunting task of recruiting pirates and warning neighboring city-states of the Toki threat. Reluctantly, he convinces Preel to remain in Haven, safe from the dangers of both pirates and the Toki navy.

Haven is far from safe, however, and Preel is beset by threats from a deranged Brilla Balshi to reveal the truthsayer’s secret. In desperation, Preel turns to the one person she believes she can trust. But a necromancer makes a dangerous ally; can Preel entrust her life to someone who deals in death?

Hashi, Preel, and Kevril must solidify the fragile Blood Sea alliance. But as the Toki navy bears down on their pitiful armada of privateers and islanders, Hashi comes to a startling realization—wading through a sea of blood to save her home may be more than even a necromancer can handle. 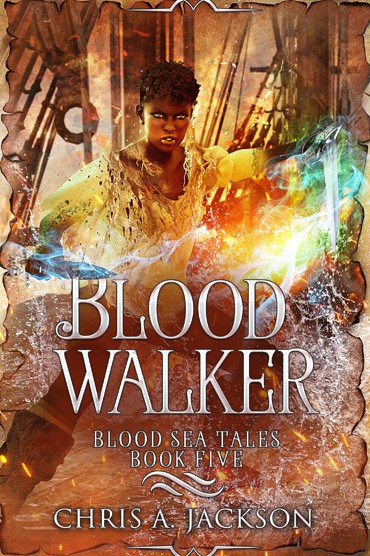