Traumatized by the death of her fiancé and tormented by the dreams of the dragon she is becoming, Lori is struggling for sanity. She has only one hope, for others know she’s being held captive. But with a dragon in hand, Lori’s captors aren’t likely to make a deal with the secretive organization that wields more skill in manipulating the human genome than they do, and Aleksi’s new family will never trust the government with the ability to cure the Homo Draconis infection.

But angering the Department of Homeland Security is not unlike taunting a dragon, and Lori’s captors are as much out for vengeance as they are for the secret of creating an army of non-infectious dragons.

The two organizations are doomed to clash, and in the middle stands the man Aleksi loves. But if one thing is more dangerous than keeping a dragon captive, it’s threatening one’s loved ones.

The Dragon of Boston is going to war. 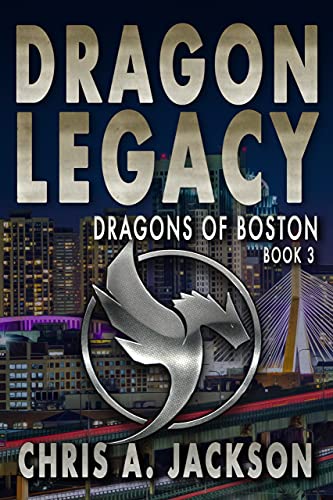