The most terrible necromancer the world ever knew has at last succumbed to the call of his own trade, and all of his foul works have fallen into ruin.

Or has death itself been cheated?

A thousand years later, the earth once scorched by death magic is again alive and green, and coveted by two empires of men. Azrael is all but forgotten.

But history forgotten is often relived.

A small troop of soldiers stumbles onto the rubble of an ancient keep and finds a relic of chilling beauty and tremendous power. But with power comes the seduction to use it, and when life and death hang in the balance, that seduction becomes overwhelming.

Yet there are fates worse than death…

For when Azrael’s deathmask is taken up by a human hand, the master of death will live again, and his ancient and terrible powers will be reawakened. But even faced with horrors unspeakable, there are those who will pay the price—any price—for power and victory.

But how can there be victory when life for Azrael means death for the world? 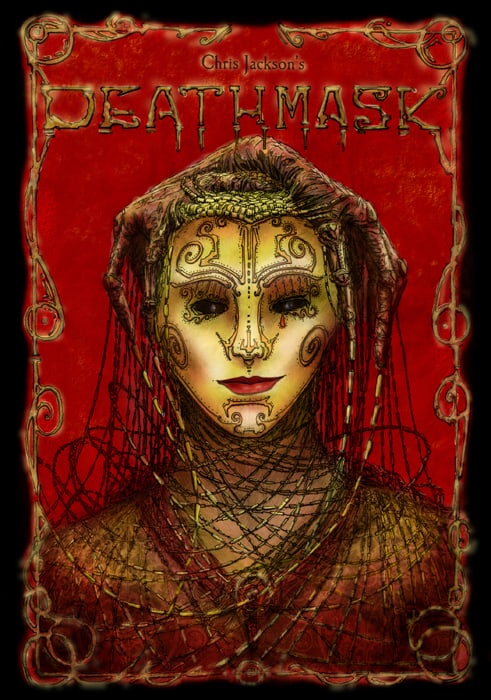