It’s good to be the Big Cheese…

Except for the paperwork…and the meetings…and the administrative assistant who makes Attila the Hun look like a sissy. Not to mention that you no longer get to fly around the galaxy watching the hottest pilot in the universe get in and out of the pilot’s couch sans clothing, and your immortal engineer has gotten himself pregnant.

Okay, so there is a downside to being the Big Cheese….

Now every other cheese producer on the planet wants what you’ve got, and both the Farnians and the Sploig are breathing down your neck. There’s only one thing for Harry Fische to do; call together all the cheese lords for a meeting and give away all his secrets, and maybe pull Earth out of the galactic gutter in the process.

But Earth Gov might just have something to say about that plan…. 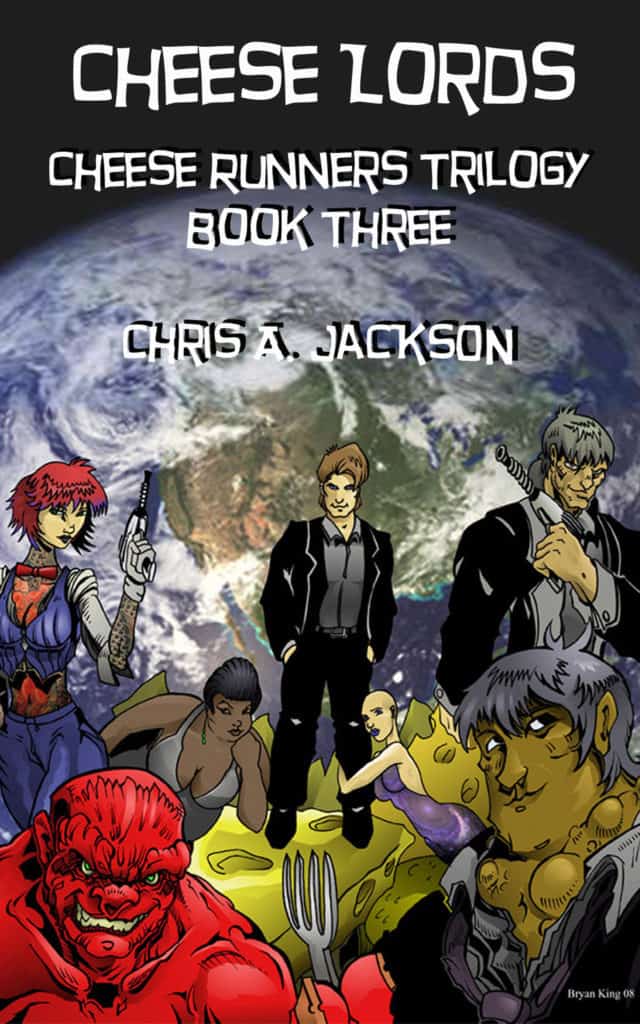