A tale by Chris included in each volume of short stories 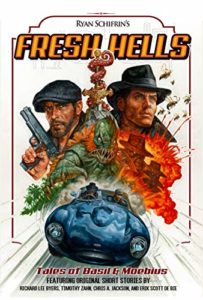 Alaric Moebius and Basil Fox are two lovable scoundrels looking to make a quick fortune. Basil is a former SAS trooper turned Queen’s Guard by day and thief by night. Moebius is an Oxford-educated charmer with a knack for getting into trouble. Together they chase adventure under the patronage of “The Collector,” a mysterious billionaire with a taste for rare and valuable supernatural objects of the occult.

This anthology collects 10 new short stories that further explore the duo’s history and adventures (both together and apart), as well as unraveling some of the mystery surrounding recognizable secondary characters and their ultimate fate in the Collector’s scheme. Written by fan-favorite sci-fi and fantasy authors RICHARD LEE BYERS (Forgotten Realms), TIMOTHY ZAHN (Star Wars), CHRIS A. JACKSON (Shadowrun, Blood Sea Tales), and ERIK SCOTT DE BIE (Shadowbane, Forgotten Realms)!
=============
“When I first heard about the concept for the heroes in Devil’s Handshake, I thought it was going to be very cool. It is. In the best tradition of the buddy comedy, Devil’s Handshake combines derring-do and witty repartee to create a team that the reader wants to join. Think Artemus Gordon and James West, or Fritz Lieber’s Fafhrd and Gray Mouser. Now tweak the setting and have a blast.” – R.A. SALVATORE (New York Times best-selling author)

Look for stories by Chris A. Jackson: Cutter and Razz (winner of the 2020 short story Scribe Award), The Green Man, and Sins of the Fathers 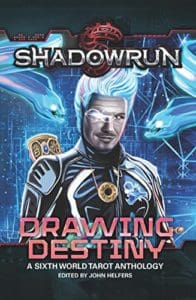 The Tarot, a powerful divination artifact, has appeared in the Sixth World. It works its will on anyone who finds one of its mystical cards, from runners surviving on the street to corp executives battling in the boardroom. And not just people’s lives will be changed, for the Awakened Tarot deck is more than just a formidable magic item, it has an agenda all its own, and will use those it comes in contact with to set its plans in motion…

Look for Dia de Los Muertos, by Chris A. Jackson 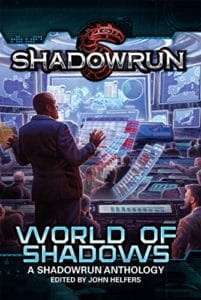 The Sixth World is a dangerous place, with deadly hazards lurking around every corner. Everywhere shadowrunners go, from the top of the world to the deepest, darkest Sprawl neighborhood, someone’s always looking to make their rep by taking you down.

Look for Sweating Bullets, by Chris A. Jackson 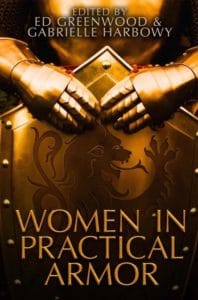 If women in fantasy are capable and intelligent enough to lead in battle, wouldn’t they also be intelligent enough to protect their abdomens, tier their hair back, and cover their faces in battle? Edited by Ed Greenwood and Gabrielle Harbowy, this anthology of short stories showcases an already empowered female warrior who knows how to handle herself in battle. Take charge of your fantasy reading with Women In Practical Armor.

Look for First Command, by Chris A. Jackson 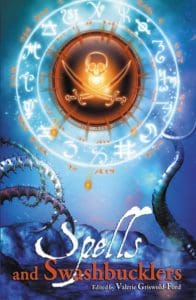 It’s full of magic and pirates, and is a treasure you’ll want to keep. Arrr, matey!

Our story here is a prequel to the Scimitar Seas Novels.

Look for Blood of the Hydra, by Chris A. Jackson and Anne L. McMillen-Jackson 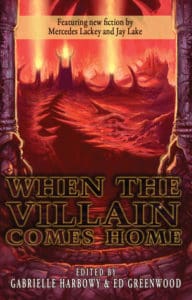 When the Villain Comes Home

Heroes can save the world, but villains can CHANGE it. We’ve assembled a great mix of science fiction, fantasy, and speculative fiction. Come with us while we explore villains of all stripes — sons and daughters, lovers and fighters, minions and masterminds, in this giant volume of thirty great stories by award winners, rising stars, and bold new voices.

Look for Home Again, Home Again (Another Mid-Death Crisis), by Chris A. Jackson

When the Hero Comes Home

When the epic battle, the mission, the quest are over, can a hero go home again? Is she too changed to resume where she left off…or is the life he left behind is no longer waiting for him? In When the Hero Comes Home, these questions are addressed in nineteen powerful stories by some of today’s top and up-and-coming fantasy and science fiction writers.  Edited by Gabrielle Harbowy and Ed Greenwood. Published by Dragon Moon Press.

Look for Scar Tissue, by Chris A. Jackson